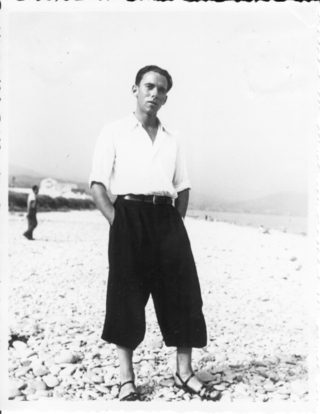 LIKE A HANDSOME INTERNATIONAL PLAYBOY is the way gallerist John Bernard Myers described his patron Dwight Ripley. Born in London, the only child of a wealthy American expatriate, Ripley was a renowned botanical explorer, poet, patron, artist, and linguist (he spoke fifteen languages).

It was his art, however, which was most admired.

Ripley's drawings in colored pencil were first shown at Peggy Guggenheim's legendary gallery, Art of This Century. They were the subject of five solo exhibitions held at Tibor de Nagy Gallery during his lifetime. After his untimely death the drawings of his last decade were stored in a trunk where they remained unseen for the next twenty-five years.

Colorful, unique, and pioneering in their use of colored pencil, Ripley's drawings were prescient of the environmental and epistemological savvy that would come to characterize the era we recognize as our own.